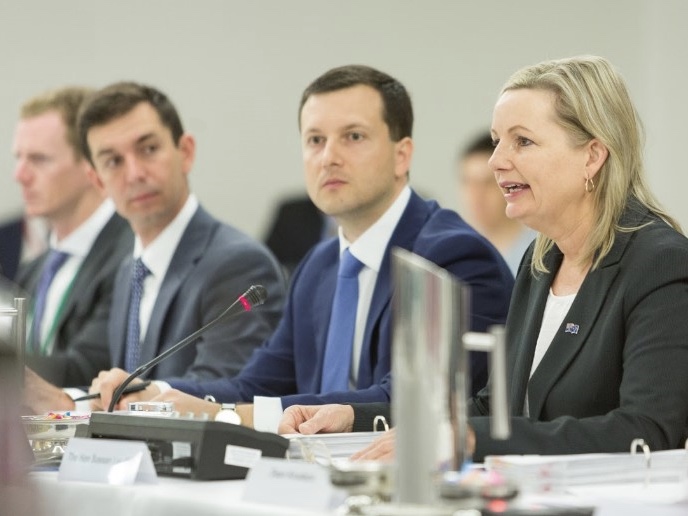 The ninth meeting of Australia’s Environment Ministers has put forward a proposed timetable for the progressive phase out of problem waste exports from July next year, while also committing to ambitious waste reduction targets for all states and territories under a New National Waste Action plan.

Meeting in Adelaide today, the Commonwealth, state and territory Ministers reaffirmed their commitment to working together to deliver practical environmental outcomes that address the range of challenges facing our environment.

Ministers agreed that waste plastic, paper, glass and tyres that have not been processed into a value-added material should be subject to the export ban. They further determined that the ban should commence on 1 July 2020 with a phased approach. Ministers agreed the phase out should be completed by the following dates:

This timetable reflects the unique challenges of each jurisdiction, and the preparedness of some jurisdictions to complete the phase out ahead of schedule.

The decision follows the August 2019 Council of Australian Governments’ (COAG) charging  environment Ministers with the development of a time-table for banning the export of waste plastic, paper, glass and tyres.

All jurisdictions acknowledged resourcing, from Commonwealth, states and territories, and industry will be required to effectively implement the ban.

In early 2020 Ministers will provide further advice on final timetables, definitions and response strategies to First Ministers for their confirmation.

It includes ambitious targets to make Australia a world leader in waste management and recycling, including:

All Ministers have committed to identifying any significant procurement opportunities over coming months such as major road projects that could use significant amounts of recycled material. The Commonwealth agreed to take a leading role. This reflects a wider commitment from the Commonwealth and states to drive procurement strategies for recycled material.

The Commonwealth Government will prioritise work with states and territories and relevant industry and standards bodies to develop engineering specifications and standards to support the use of recycled materials in building, construction and infrastructure development, for use across all jurisdictions. The Commonwealth Government will report back on progress at the next MEM.

To support the delivery of strategies within the Action Plan, Ministers also agreed to encourage major battery manufacturers to participate in a new Battery Stewardship Scheme to improve the rate of battery recycling.

For those states and territories with container deposit schemes, Ministers agreed to work together to expand and harmonise the scope and alignment of schemes and product labelling for beverage manufacturers.

Ministers agreed to write to the Australian Packaging Covenant Organisation to set out their expectations with respect to new packaging targets.

Australia’s Strategy for Nature 2019-2030 is the result of extensive collaboration between the Australian Government, all state and territory governments, and the Australian Local Government Association.

The work will position Australia to be well ahead of the new global biodiversity framework to be released in 2020.

Ministers agreed the need to identify and evaluate new feral cat control strategies to protect our species. These strategies include synthetic biology, and ministers agreed to report back at their next meeting. Feral cats in Australia kill an estimated 459 million native mammals, 596 million reptiles and 316 million birds each year.

Delays within the current system are a costly frustration to both proponents and environmental groups and have already been identified as a key area to address within the review of the Environment Protection and Biodiversity Conservation Act under Professor Graeme Samuel.

The Ministers reviewed a number of issues relating to climate change including the progression of ‘blue carbon’ measurement to identify abatement opportunities in aquatic environments. The expediting of calculation methods, particularly for the reintroduction of tidal flows to restore mangroves and salt marshes, was agreed along with the progression of opportunities under the Emissions Reduction Fund. Ministers also discussed the Intergovernmental Panel on Climate Change Special Reports on Climate Change and Land, and Oceans and Cryosphere.

Ministers agreed that the Commonwealth would provide a detailed presentation on its plan to meet Australia’s emissions reduction targets under the Paris Agreement to the next Meeting of Environment Ministers. This will include an opportunity to understand how States and Territories are contributing to those outcomes.

Ministers supported the addition of Murujuga to Australia’s World Heritage Tentative List in 2020. With more than one million images, Murujuga (the Dampier Archipelago and surrounds) has the world’s largest, densest and most diverse concentrations of rock art carvings in the world.

Ministers will also pursue a nationally consistent approach to address the negative impacts that ‘opera-house’ yabby nets have on Australia’s native wildlife, in particular on platypus.

There was agreement that all jurisdictions would identify appropriate mechanisms to eliminate domestic trade in ivory and rhinoceros horn, including working with relevant trading houses. Ministers agreed to write to make a submission through the Commonwealth’s review of the EPBC Act. 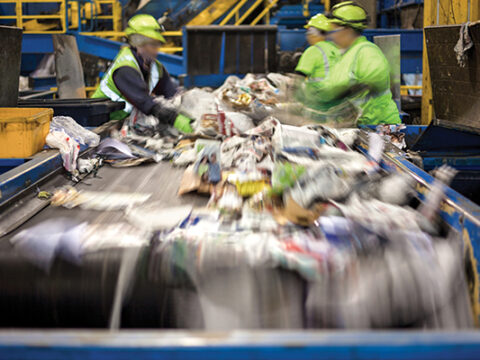